Cantores Celestes is from Toronto, Canada. The choir was founded in 1989 by Founder and Director Kelly Galbraith. The
ensemble began as a group of eight women who wanted to sing interesting thematic choral programs and develop concerts that involved participation from other art forms. These concerts have included exhibits from local visual artists, readings from Toronto authors, dramatic presentations, period costumes and a variety of multimedia presentations.

We are a not-for-profit, non-professional group (only as far as wages are concerned; not referring to quality!) who perform for the love of singing! From our beginnings as an eight-woman choir we have grown into a 50-plus voice ensemble representing women of all ages and from all walks of life.

Cantores Celestes does not rely on government grants to subsidize its activities. Audience attendance and sponsorships in the form of concert advertising ads are truly responsible for the continuing success of this highly trained and enthusiastic choir. The cost of admission is a small price to pay to ensure that inspirational music continues to be an integral part of community life.

Cantores Celestes has appeared on CBC Radio One and Radio Two, as well as in the commercially-released CBC video Clyde Gilmour, a Celebration in Words and Music. They have recorded music for three films and have released six CDs: Wassail!; Bright Shining as the Sun; Love's Pure Light; The Circle Never Ends; Wake Up in the Moonlight Singing; and Women of Light. Cantores Celestes has toured the Maritime provinces and throughout western and eastern Ontario. The choir was invited to participate in Festival 500 in Newfoundland and performed in both the opening concert at Barrie's 2010 Colours of Music Festival, and the 2012 Toronto Vocal Arts Festival. The members were involved in a  mass choir performance celebrating International Women‘s Day in Avery Fisher Hall at Lincoln Center in 2014.  They were the only women's choir invited to sing in the 1,000 - performer production of R. Murray Schafer's Apocalypsis for the 2015 Luminato Festival at Toronto's Sony Centre, and sang at a special tribute concert in 2018 at the Arts and Letters Club in Toronto honouring his music.

​They have recorded music for three films and have released seven  CDs: Wassail!; Bright Shining as the Sun; Love's Pure Light; The Circle Never Ends; Wake Up in the Moonlight Singing; Women of Light and Joyous Light.  In May 2018 they sang under the baton of Sir. John Rutter in Carnegie Hall at a concert featuring his music and a Carnegie Hall premiere. 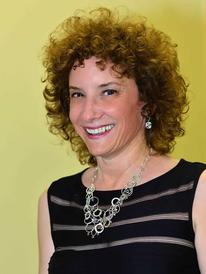 The members of Cantores Celestes believe in giving back to the community and have donated over $60,000 to local charities. The choir actively performs at various religious services and musical celebrations in the greater Toronto area.

Music at the Towers 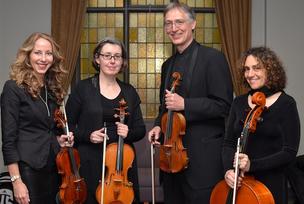 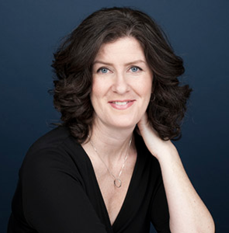 ​​EMPEROR STRING QUARTET
Formed in 1983, the Emperor String Quartet has been a musical mainstay on the Toronto social scene, performing their inimitable brand of chamber music for a vast array of public, private, corporate and government functions and concerts. The Emperor String Quartet has performed in Toronto, Ottawa and Washington for the reigning monarchs of Great Britain, Sweden, the Netherlands, Norway and Jordan as well as presidents, prime ministers, governors and state leaders from over ten countries.

Kate Carver is based in Toronto, and is in great demand as a private vocal coach and accompanist. She has worked as repetiteur and coach with the Canadian Opera Company, the University of Toronto’s Opera Division, and Opera York. She has been on staff in the voice program at the Chautauqua Institute in Chautauqua, New York, as well as the University of Montreal, and has played for many masterclasses with world class visiting artists. After receiving her Bachelor and Masters degrees in Music from McGill university, Kate spent several years in London, England, where she studied with master voice coaches Martin Isepp and Graham Johnson at the Britten-Pears School, received a Vocal Coaching/Repetiteur Diploma from the Guildhall School of Music, and was sponsored by the Friends of Covent Garden Bursary to attend the prestigious National Opera Studio, where she continued her studies with Martin Isepp among others. Kate was attracted back to Canada by a position as Apprentice Coach with the Canadian Opera Company’s Ensemble program.

Choral Music has always been a passion of Cantores Celestes director Kelly Galbraith.  Since her childhood she has not only sung in choirs, but as a student in high school was music director and organist at a local church in Saint John.  While a student at Mount Allison, she had opportunities to conduct the Mt. A Women's Choir and it was that experience that shaped her quest to discover the greatest beauty that choral music offers.

Her work life has been closely connected to CBC Radio.  She began her career as Music Consultant for CBC International Relations and from that position gained experience as producer for 'Choral Concert' and 'Saturday Afternoon at the Opera' and she organized the 'CBC Choral Competition for Amateur Choirs.' Kelly was the Senior Producer for the classical music program 'Music & Company'  and produced a special radio day celebrating the 500th Anniversary of the Life and Times of Thomas Tallis.  When CBC Radio began to broadcast on Sirius, Kelly was involved with its development.  Besides conducting Cantores Celestes, the choir she founded thirty years ago, she is the conductor of the mixed voice Manulife Financial Choir (twenty -seven years) and the first ever conductor of the CBC Complaints Choir.  Kelly loves broadcasting and is currently a freelance  producer working for both CBC Radio One, CBC RadioTwo, Sirius and the  Digital CBC Music Channels.  For many years she was also  programmer for  CBC/StingRay Classical Music Galaxie channels 'Opera Plus' and 'Classic Masters.'   Kelly was the guest conductor for the Toronto Mendelssohn Choir's 2011 Singsation, teaching and conducting Faure's Requiem.  She has been the organist and music director of various churches in Toronto teaching singers age 3 to 93.  She also produced a World Music Sunday Series featuring the best musicians in Toronto.

Check out her blogs:
www.kellygalbraithblog.com : Themes & Variations
www.notthechurchlady.wordpress.com : Have Organ Shoes Will Travel